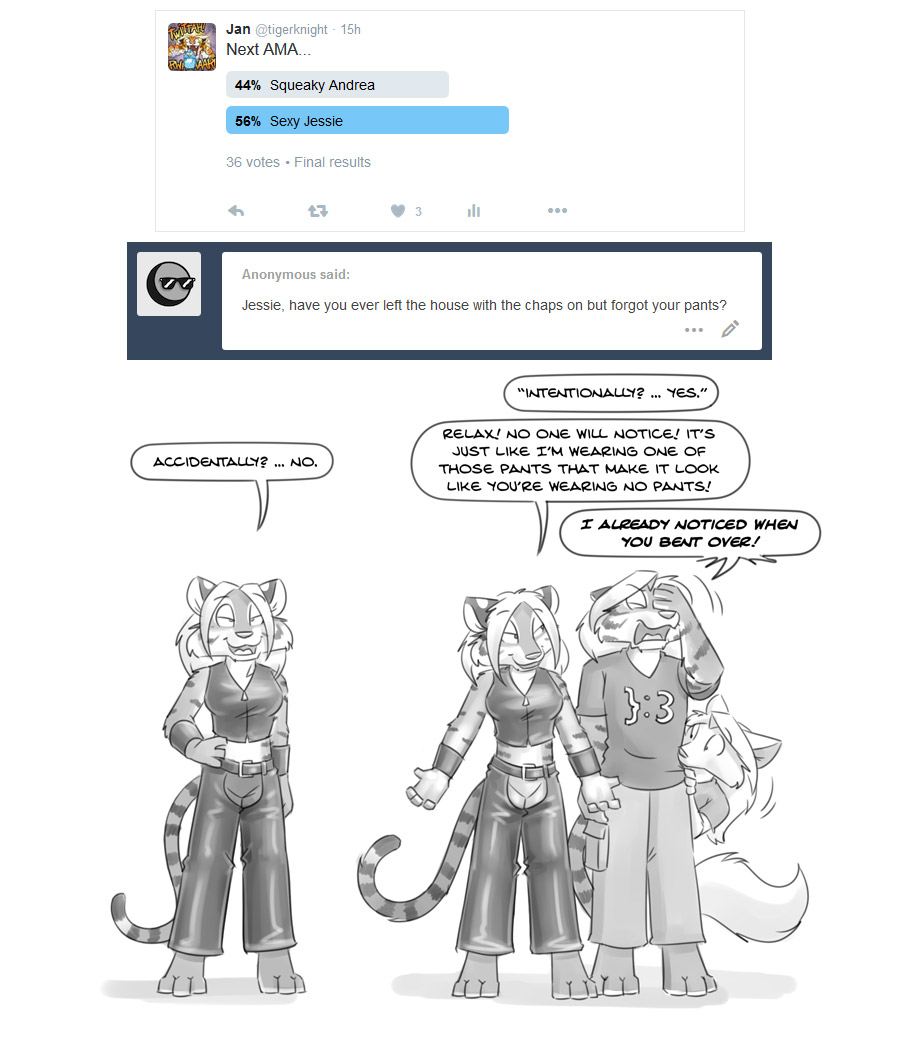 Send in your questions to http://tigerknight.tumblr.com/ask

That linked comic is old enough to vote!

That's the comic I was referring to on another post of this one. LOL. Oh, but you should have included the one when Sabrina was fantasizing about being married to RC for 15 years and Zig Zag mentioned the naked butt pants LOL.

@OmegaWolf, maybe you should suggest that on the link.

interesting, did nobody else notice that shy squeaky vixen is hiding behind Tor and yet... still looking at pantless tigress?

Andrea, you just broke the Schrodinger system in which Tor and Jessie are the same tiger in an indeterminate state! By observing them you forced him/her into two seperate entities!

Hmmm...if there was a rule 63 (gender-bend) event, would anyone except Tor and Jessie notice at first? What if it happened to the rest of the 9t9 cast?

@helios. I did notice Andrea looking at Jessie. But, until I read your comment, I didn't realize where her eyes were focused. Bad Andrea! You're going to make people think you like Jessie in the way you like Tor. LOL.

actually... what i meant was she is looking at all. theres Tor covering his eyes(whyyyy?) and yet shy squeaky Andrea is looking.

Because it's his sister?

I know I'm late to the party but I just had to say how much I really wanted that t-shirt.