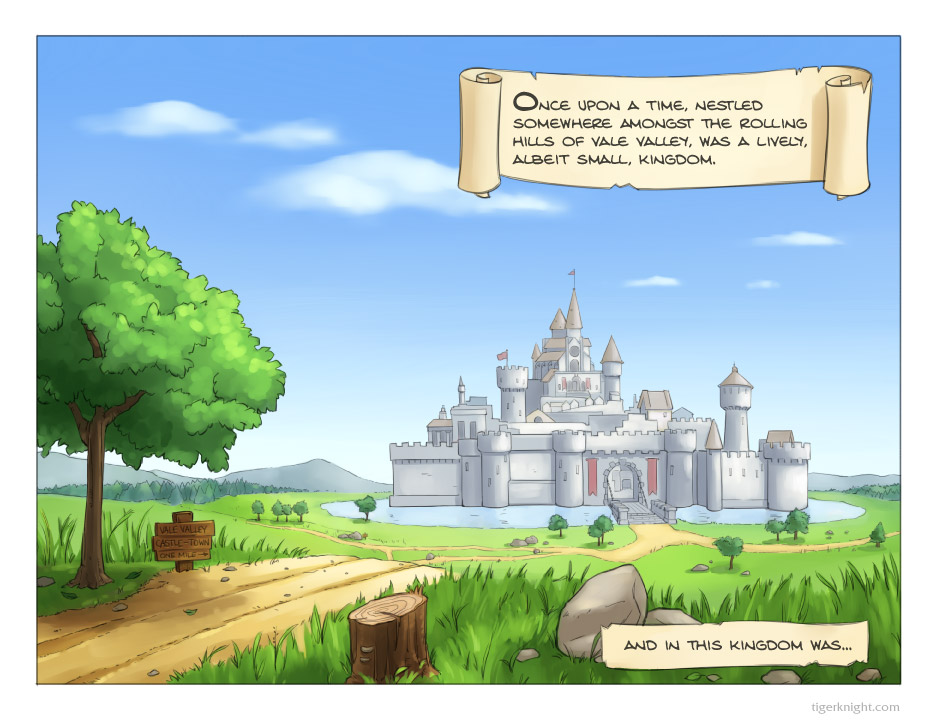 1
NARRATOR: Once upon a time, nestled somewhere amongst the rolling hills of Vale Valley, was a lively, albeit small, kingdom.
NARRATOR: And in this kingdom was...

Big things have small beginnings.... and a lot of shennanigans in between...

it's looks like the medieval and kingdom version of Zootopia ;3

I never gave this comic attention before, but I am now interested. :)

@GoldenLionpower, which would make it like the 1973 Disney film Robin Hood, a film that was Director Byron P. Howard's inspiration for Zootopia. Though Swords & Sausages differs from Robin Hood in that this webcomic contains elements of magic (including an enchanted axe), mythical creatures (Eg gryphons) and occasional nudity and/or grown-up mischief.