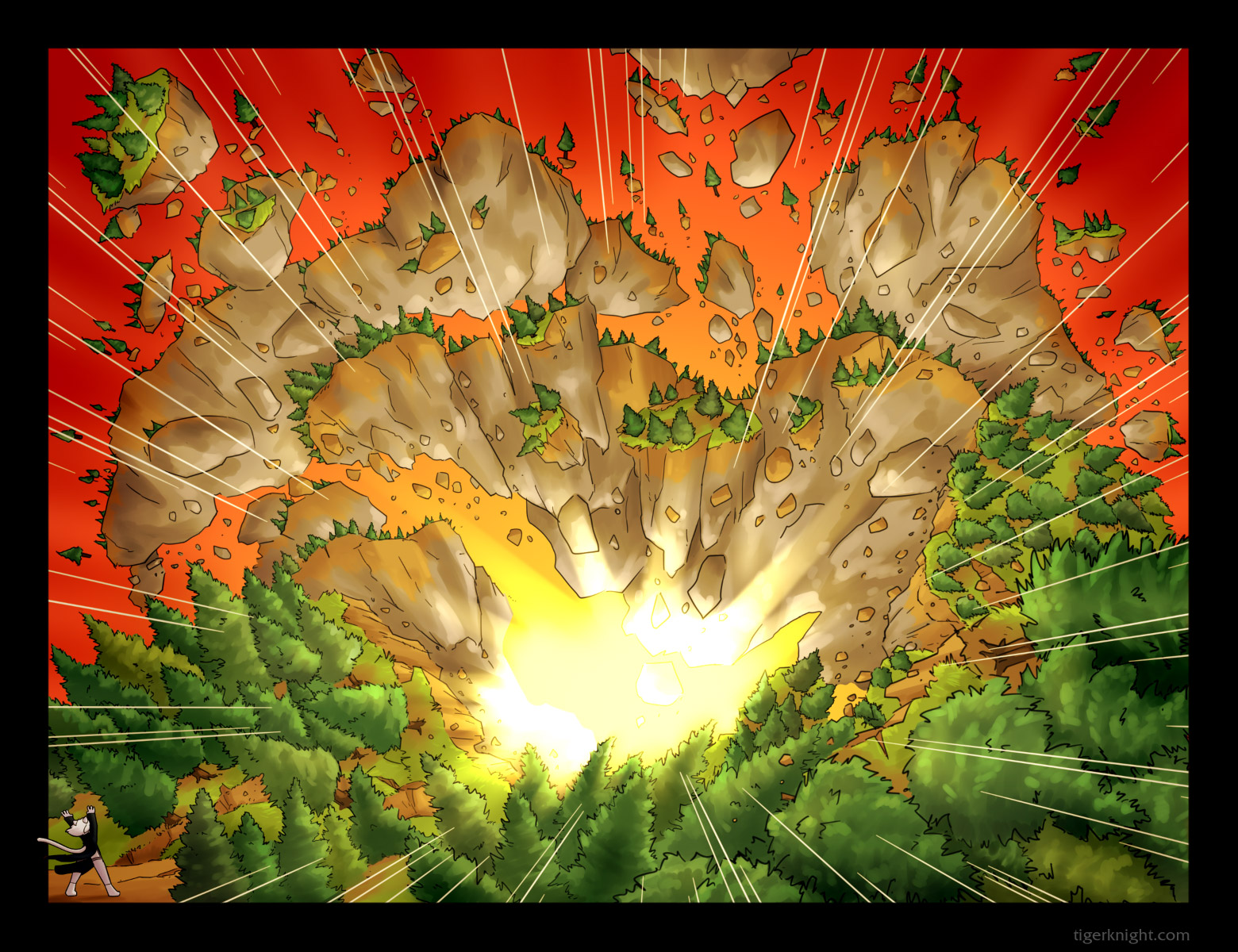 Just saying, the image isn't showing for me on Chrome Canary! But I could see the alternate version just fine.

The comic image is not displaying at all.

Lets see, dragon woken from a nap by a glowing eyes enchantment, punched in the face, turned into a lawn dart, then had its lawn relocated in small chunks across the county side. Sounds like a 2020 kind of year.

Oops! The main (sepia-toned?) illustration seems to be missing.

I don't actually see an update or image! Just an empty post! Did you format this update wrong?

Somehow the comic graphic is not loading for me, only the intimated link works ...

@Jan: Your main picture is not showing (alternate version is still available, though) Thanks

Impres...wait a minute. Is it just me or is there no actual picture?

Whoops. Apparently I accidentally published this comic by putting the wrong date into the system yesterday. It was supposed to go up Sunday. Le tired artist is le tired.

Well ; waz thinking about a bug when i've seen ze picture on "patreon" , wiz the label "posted four days before"

and as D&D players know, you don't fuck with high-powered spellcasters. DAMN!

Get your popcorn here! Nice and warm and covered in fresh butter and salt. Watch the explosions, now in live action! Just make sure you sit far enough away.

Leena Inverse's Nuke the Village Spell, no doubt about it......

comes in pulling a little red wagon full of scrolls

GADOOMPH! seems like it would be an appropriate sound effect here.

that's what happens to a college when you threaten to expel a rookie mage to exceeding the staffs abilities and showing them up.

"I know I've made some explodie things, but I'm not building a nuclear primary so you can shoot this scene practically! Even if I did I'd try to build Trinity and end up with Castle Bravo!" --Wolfram Wolf

@Silverwolf: Wait, can Wolf make things explode if he wants them to ???

No one will ever know.

It is very important to put your divots back where they belong (we sehlats are very protective of the environment).

Forget the woods, i'd explode whole academy , if their rat would've tailed me and interrupted my dragon bonding. Some nerve, authorities have, dealing with chosen-ones..